Knowledgeable Model T owners are aware that many different variations of the Ford/K-W ignition coils exists. Indeed, there may be no other Model T part for which so many different examples can be found. So many changes were made to these coil units that it is difficult to list them all, let alone find examples of each. Fortunately, it is now possible to roughly date particular Model T coils. Once the production of coils began in-house, Ford, following its standard practice for other Model T parts, began keeping detailed records regarding the design and components of the coil unit assembly. This information has survived to the present day in the form of “Record of Changes Cards,” often times referred to as “‘Releases,” in the collections of the Research Center at the Henry Ford Museum and Greenfield Village. These documents have allowed us to construct a chronicle of the variations of Model T coils as they were built by the Ford Motor Company.

Before embarking on the design history of the Ford/K-W Model T coil, a word of caution is in order. The ignition coils that were supplied as regular equipment for Model T Fords after 1914 and Fordson tractors were manufactured by three different companies: K-W Ignition, Kokomo Electric and Ford Motor. This chronicle describes the coils as they were built by Ford. There is evidence that K-W Ignition Company did not always change the design of its coils so as to exactly duplicate those made in the Ford factories. Indeed, coils exist with features that the “Releases” would indicate were never made by Ford. An educated guess is that the “Releases” identify the features of Ford-built coils, and that coils that differ from these designs were built by K-W who probably followed in (or may have led) Ford practice. What follows is our best attempt to categorize and illustrate the features of different Model T ignition coils and to approximately date their use on the Model T Ford. 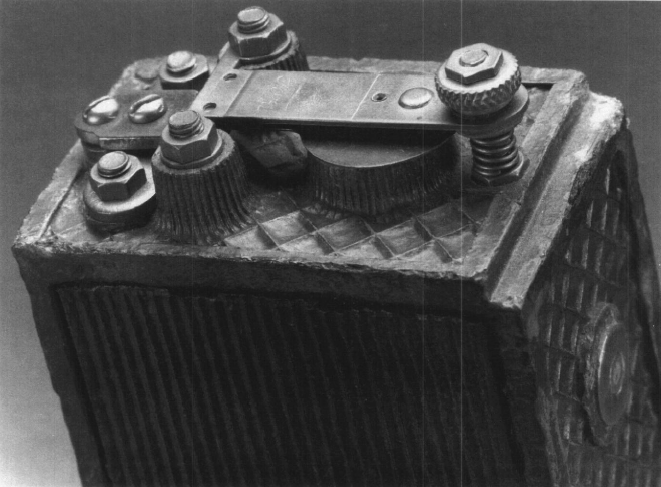 Photo 19: Top view of a 1916-18 fiber case coil showing how the contact bridge support collars were cast into
the top of the box. Note the brass thumbnut that adjusts the point gap. This same thumbnut was used on the
coil box terminals that extended through the dash of a Model T.