Float charging is the technology and method of maintaining a battery in the charged condition by applying a continuous voltage and current at the minimum level to maintain a full or near full charge.

Float charging is most commonly used for backup and emergency power applications where the discharge of the battery is infrequent. During float charging the charger, battery, and load are connected in parallel. The charger operates off the normal power supply which provides current to the load during operation. In the event of normal power supply failure, the battery provides backup power until the normal power supply is restored. Since most equipment requires alternating current, a rectifier circuit is usually added between the battery and the load. Float chargers are typically constant-voltage chargers that operate at a low voltage. Operating the charger at a low voltage, usually less than about 2.4 V per cell, keeps the charging current low and thus minimizes the damaging effects of high-current overcharging.

Float charging vs level of charge (click on image to enlarge) 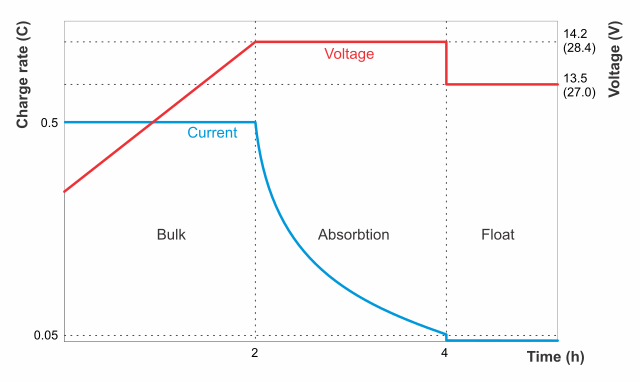 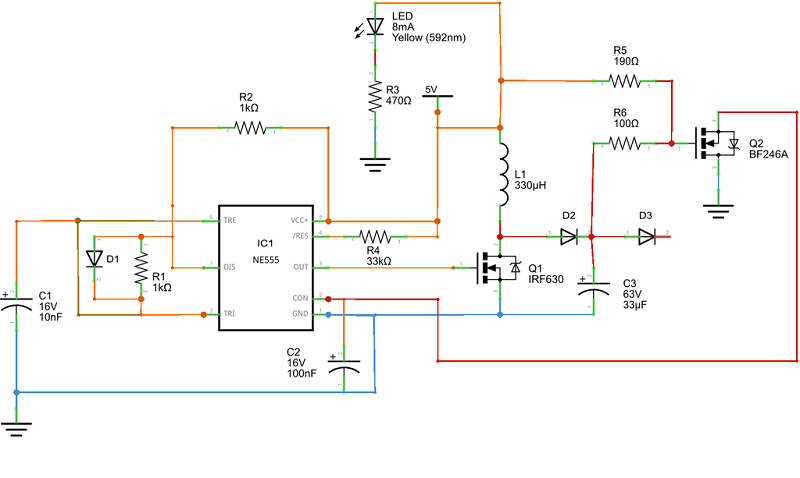