The Magnus effect is the observed effect in which a spinning ball curves away from its principal flight path. In football, when a footballer strikes a ball off center, a spin force is applied. From the side the ball was struck, the motion of the ball is opposed by a drag force. Now, if we consider the opposite side of the ball, the result of the spin and drag force is the sum of their magnitude as both travel in the same direction. The asymmetry of force creates a pressure differential. This causes the ball to veer towards the region of low pressure; the side of the ball opposing the initial contact point. 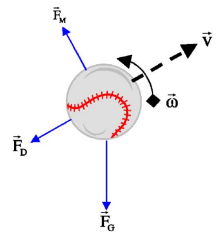 Fig. 1. Forces on a spinning baseball in flight. The drag force FD acts in the -v direction, the Magnus force Fm acts in the ω x v direction, and the force of gravity FG acts downward.

When a spinning baseball travels through the atmosphere, it experiences the force of gravity in addition to the drag and Magnus forces, FD and FM, as shown in Fig. 1. Conventionally the magnitudes of these forces are parametrized as

Magnus force can be described with the following equation 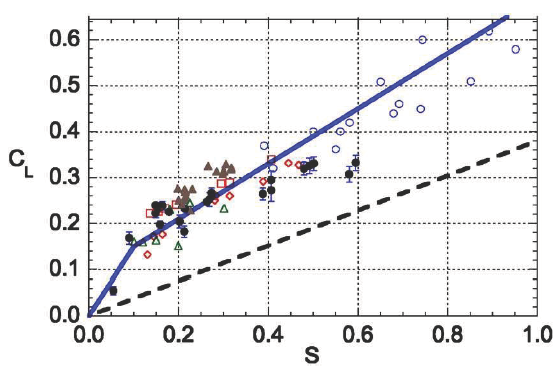 Download: The effect of spin on the flight of a baseball ( Free membership minimum required )

The effect of spin on the flight of a baseball
Alan M. Nathan
Department of Physics
University of Illinois