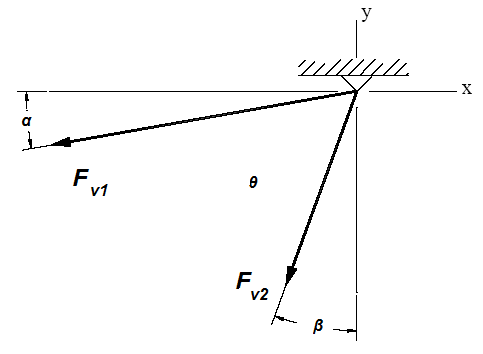 The angle of the resultant force vector and angle α relative to Y axis can be found using the Law of Sine, "Sine Rule" for a Parallelgram (non-right angle triangle)

1. Identify which of the forces are the applied forces and which is the resultant. It is often helpful to write the vector equation which shows how the forces are related.